FIND A LOCATION CLOSEST TO YOU

Enter your ZIP code and we’ll point you to the closest NiteLites.
View All Locations

Bo and Casey Huffling grew up in the upstate of South Carolina, and they both graduated from Clemson University with business degrees. After Bo completed his degree in 2002, he began working for Enterprise Holdings in management. In 2005, during her senior year at Clemson, Casey interned for the same company but in a different location. Bo’s fraternity brother/roommate happened to work in the same office as Casey and decided to introduce the two. They hit it off, and after five years of dating, they were married in 2010.

Their first home was in the Simpsonville area, but they have always loved downtown. When they began to consider moving, they decided on North Main and thought the area would be the best place for their family. They had several friends who lived near North Main, and Casey was involved in a running group that met downtown, so when they found their home, the decision to move was easy. They are now approaching their one-year anniversary as part of the North Main Neighborhood, and they are loving it.

Casey went to work for Scansource immediately after graduating and is currently a Vice President of sales. She ran track and cross-country at Clemson and continues to be an avid runner, which is yet another reason they love North Main. She is part of a group that runs several times a week, and many in the group are close friends of theirs. She and Bo are very active in their church, Brookwood, and have led a small group there for over nine years.

Two and a half years ago, after 13 years with Enterprise, Bo stepped out and opened his own business, NiteLites of Greenville. He designs, installs and services outdoor lighting in Greenville for both residential and commercial properties. He appreciates the opportunity to serve and has recently become a sponsor for North Main Neighbors. He has had several neighbors become clients in the past year and looks forward to helping many others with their outdoor lighting in Greenville needs. When he is not working, he likes to play golf or work out, although he has a little less free time these days.

Bo and Casey welcomed their first daughter, Olivia, on May 29, 2014. Because of the date 5/29, Future Scholar, South Carolina’s 529 college savings plan, ran a promotion giving $529 to each child born on that day. WYFF was there to greet the new babies and Olivia was featured in their story. “We determined that she is going to do great things,” Bo insists, “since she has to be one of very few people to make money and be on television their first day of life.” At four years old, she enjoys dancing and doing anything artistic, but most recently, she has been trying out church basketball.

Arriving two short years later, little sister Reagan has also captured their attention. Reagan is never far behind Olivia. Her enjoyment is found in engaging in any activity that will aggravate her older sister. She is pretty fast and takes off running until she is caught or until she falls down, whichever comes first. Both girls have lots of energy to spend. The family is on the waiting list for Stone Lake Pool, so they plan to join the swim team when the opportunity comes. Bo is hopeful that the girls “will inherit their mom’s athleticism and help the swim team.”

Traveling is one hobby that Casey and Bo enjoy together. Whether skiing out west or visiting a more tropical location, they make time for it whenever possible. Most recently, they spent time in Prague on a work/fun trip, where they explored the countryside on a 24-mile bicycle tour to Karlstejn Castle. They also learned quite a bit exploring the architecture and history of Old Town. Their girls love the beach, so they also try to include a yearly beach outing to Isle of Palms. It is the family favorite. Clemson football is another favorite activity.

Halloween was the first big neighborhood event where they met several of their neighbors. As the temperatures warm up and the days get longer, they eagerly anticipate meeting many more when they are outside soaking up the sunshine. The neighbors have been extremely friendly and have taken them treats and even offered them great seats to a Clemson football game.
There were several features that initially drew them to the downtown area, such as the restaurants and festivals, but they have since discovered that the people who live here are what make our area so special. With park-like streets, towering trees and wide sidewalks, living in North Main is beautiful, but the neighbors make it near perfect. What a pleasure it is to be a part of such a wonderful community! 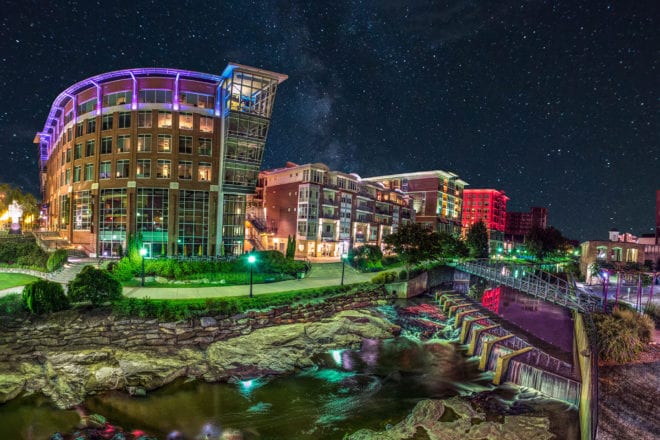 Locally owned and operated by Bo Huffling, NiteLites of Greenville Outdoor Lights is dedicated to lighting design, installation and repair of outdoor lighting systems. Our [...] 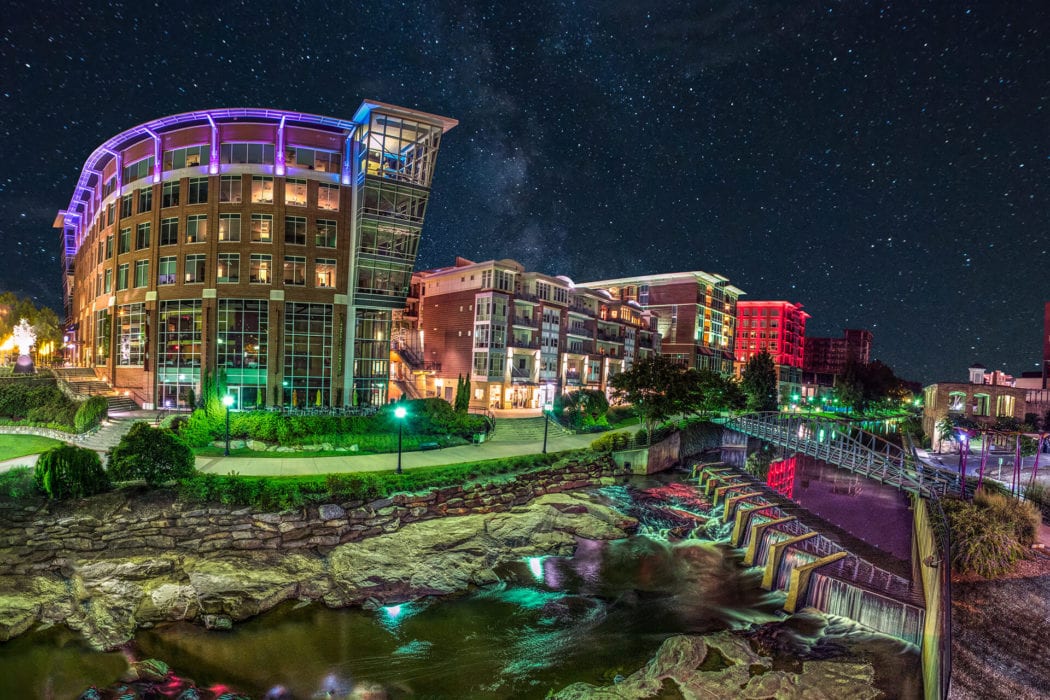 Locally owned and operated by Bo Huffling, NiteLites of Greenville Outdoor Lights is dedicated to lighting design, installation and repair of outdoor lighting systems. Our [...]

Let us help you